#workingmylines: I accept this challenge and dedicate this initiative to my Ancestral Guardian, my Maternal Grandfather aka “Stuff” hailing from Junction City, Louisiana. Iba’e, Iba’e tonnu 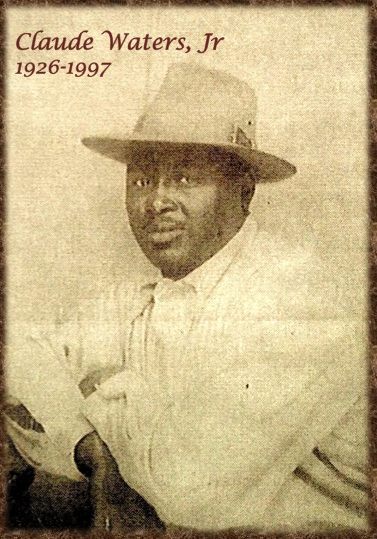 Claude Waters, Jr was born to the parents of Freadie Brooks and Claude Waters, Sr, both deceased. He accepted Christ at the age of 13 at Fellowship Baptist Church in Junction City, West Carroll Parish, Louisiana. Later he served on the usher board at Mt. Lebanon, in Darnell, LA. Developing a strong work ethic at a young age, he learned how to work on the farm, driving tractors and trucks. 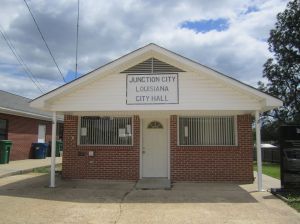 The family headed West part of the Second Great Migration, post Depression with aspirations to elevate their economic plight, landing in West Oakland, California.  Married to Elsie (Culverson) Waters  at age 18, their first home was on Campbell St. and Willow Manor down the street, was the local school his children attended.  He obtained early work with industry giant, Owens Illinois Glass Company, during World War II. Drafted for service to the United States Armed Forces for 2 years, my Grandfather later worked at the Oakland Army Base in materials handling as an equipment operator.  After furthering his education at Merritt College he worked professionally for the State of California in Landscaping and Highway Maintenance for 26 years, availing the Family 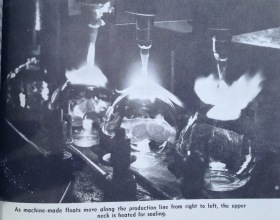 home we know today in what is known as the Fremont area; they were the first Black Family on the block as his children attended the local Fremont Highschool while others attended,  Castlemont  and Oakland Technical Highschool.

Maybe around 2003, I was bestowed with a rare opportunity to revisit my Grandparents’ first digs on Campbell Street, as it was then owned by enterprising West Oakland “Black moguls” who were acquiring real estate;  Through a close friend, I’d also learn that a New Orleans couple that I knew, were slated to purchase it and so I arranged access to take a private tour.  By cell phone, my Mom guided me through each room, vividly depicting who stayed where, including her Grandmother “Sug” in the “Mother-in-law” room.  When I told my Maternal Grandmother, Mama Elsie of this, we were all pretty excited about the couple of purchasing the home as they were still in escrow, yet my she’d mindfully warn – get the keys!

When my Grandfather transitioned in January 1997, it was like the spoke of a wheel had broken, leaving the wheel  to topple over struggling to balance — Family.  He was a 25 member of the Masons, with membership to Monarch Lodge #73, Menelik Temple #36 and the Victoria Consistory, he was also the President of the Scimitar Club for 2 years.  He was that pillar and visionary who surpassed risks, didn’t accept “I can’t” and firmly encouraged our productivity, progressive action and no-nonsense; he still was a lot of fun and laughs and could out run ALL of his track star grandchildren in jeans, with his house slippers on and a cigarette in his mouth. *smh*  My Grandmother called him a  “risk-taker” for which we are all grateful to him to this day, as we STILL remain property owners in Oakland.

If it weren’t for the positive encouragement of my Grandparents, I wouldn’t have taken such a dedicated interest in Family History extending to Geneaological research.  Upon many attempts I’ve worked to crack “the mystery” surrounding my Grandfather’s paternal line.  I’ve heard the ‘lore of half-sisters one day, estranged family members asking for money another day, yet NO NEW INFO today, this is where Ancestral grace will kick in. Some years back, I did learn from his draft registration card,  his Father, 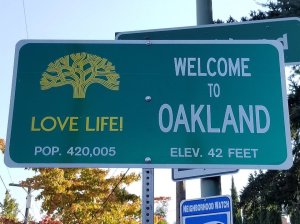 Claude Waters, Sr was previously married to a Daisy Rose and the next of kin listed on the card was a “Raiford” “Rayford” ; In subsequent searches there’d be an absence of any information between the 1920’s and 1930’s, although I’ve located residence info cited in the 1930 U.S. Census.  I’ve been poking in and around neighbor surnames on Census records as well, and even super-sleuthing information surrounding my great grandfather’s first wife Daisy Rose-Waters her 2nd husband and son , with no avail to any additional information.

According to my Elder Uncle, my Great-Grandfather would not speak of his parents, it was said he was pretty hush-hush about his Family.   Yet, my Grandfather’s life quest was to learn more about his paternal side – this quest was bequeathed unto me before he died. I’ve stay in the works to this date, destined to unearth the answers. And with the introduction of DNA testing, I have tenaciously encouraged, prayed, and coached 2 generations of our treasured Y-chromosome WATERS Men to rise to the occasion and help crack this Family code — my fingers are still crossed. // #workingmylines

archive photo: Owens Illinois Glass Company founded in Oakland, CA 1946 as plant number 20, drawing many to the West for war-time work, including my Grandfather; eventually the company was re-assigned as Owens-Brockway Glass Container Company for which my Brothers and I worked various shifts in East Oakland as teenagers.

One thought on “LAUNCH: week 1, Ancestral Guardian #52ANCESTORS IN 52 WEEKS”

This site uses Akismet to reduce spam. Learn how your comment data is processed.